I have decided that I don’t like “women’s fiction.” That may seem odd coming from a female, but I joined a book club and have read several novels that fall into this category. While the cover copy for these books was intriguing, which is why we selected them, the stories failed to live up to expectations. They shared a number of common elements: 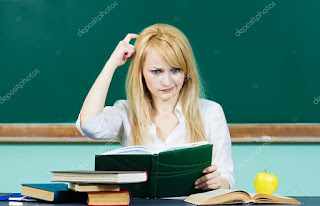 The astonishing part is that they were traditionally published and all made it to the New York Times Bestseller List and a few of them have been sold to movie studios.

Where were the editors when these manuscripts were being considered. Who would approve them as written? What happened to novels with compelling characters that the readers care about, with plots that keep them turning the pages and get them lost in their worlds?

Legal thriller author and writing instructor William Bernhard (the Ben Kincaid series) has numerous guidelines for creating a blockbuster. One, he says, is readability—creating a narrative that is “unputdownable.” With these books, I had to force myself to plod on through boring paragraph after boring paragraph.

And what about character arcs? The characters should go through some change by the end of the book. These did not. Things happened despite them, not because of them. They didn’t solve their own problems.

I’m going to be revealing the plots of two of the books I read, so be forewarned.

The novel our club originally chose was The Great Alone, by Kristin Hannah, a prolific author. This one made me so angry that had I not been reading it for the group, I would have quit after the first chapter. The main female lead is a wimp, and nothing turns me off more than a weak woman.

Around page 250, I was surprised to see the plot finally kick in. Those first 250 pages could have been condensed into 25-50 to keep the story moving. The problem with the last 200, though, is that the real plot is rushed. What was in these pages should have been the entire book but stretched out and expanded. I’m not sure why the editors at St. Martin’s Press didn’t see this and do something about it.

And what about adding tension and introducing intrigue?

In The Husband’s Secret, by Liane Moriarty, there was a secret, but it was presented amid endless pages of backstory. The wife, Cecelia, found a letter her husband had written years before that was to be opened only in the event of his death. But John Paul was still very much alive. Holding the letter in her hands was the first line of the first chapter. Then the rest of the 15-page chapter was backstory, with only the last line once again addressing the letter and what Cecelia should do with it. The next two chapters left this plotline altogether and introduced two new characters along with much more backstory.

Eventually, we find out that the letter is John Paul’s confession that when he was a teenager, he murdered a girl. Cecelia is horrified, but instead of realizing that she had just become an accessory after the fact, she rips the letter into tiny pieces and decides to say nothing. After all, she reasons, John Paul is a wonderful father. How can she turn him in, even if he is a murderer?

She has now committed a second crime--destroying evidence.

There is also no depth of character. As a reader, I didn’t care about any of the people in the story except for the dead girl, Janie. This made reading the book even more torturous.
As for conflict and controversy, this book had none. The characters take the easy way out and do so in a boring way. Rachel is Janie’s mother, and she hates Connor, a coworker at the school where she is employed, thinking he is the killer. She dreams of this man’s demise. Yet, when Cecelia breaks down and tells her that John Paul is the real killer, does Rachel transfer her hatred to him? No. She decides she can’t hate him because he’s handsome. She thinks that she should invite him over for tea and find out what her daughter’s last moments were like. Then the author intrudes, explaining that it doesn’t matter that John Paul doesn’t go to prison because Janie died of an aneurysm anyway.

None of these characters face any consequences. Rachel deliberately tries to run down Connor with her car but hits Cecelia’s young daughter instead. Even though the daughter survives, she loses half her leg, but everyone believes it was an accident, so Rachel is not held accountable. John Paul doesn’t go to prison, and Cecelia doesn’t get in trouble for destroying evidence. Where is the justice for Janie?

Apparently some of these authors’ other works are of higher quality, but they certainly missed the boat with these two. But again, because I made the commitment to the club to read through this drivel, I should get some credit in purgatory.

I have enjoyed plenty of terrific women writers, such as Amy Tan, Jodi Picoult, Maeve Binchy, Anne Hillerman—the list goes on—who deserve to be on the bestseller list. But it seems that quality writing has nothing to do with being a bestseller. This does a terrible disservice to those great women—and men—who share that spotlight.

I know I won’t be reading any more “women’s fiction,” and I’m not the only one in the book club who feels this way. A few of us intend to suggest that we read other genres, such as murder mysteries, historicals, spy novels, sci-fi—anything!

I wish these novels had been as well-written as their cover copy. Perhaps screenwriters believe they can take these weak plots and turn them into something better for the silver screen. Since actors can put in the depth of character the books lack, perhaps they can keep these movies from becoming box-office flops.
Posted by Carol J. Amato at 1:23 PM