Why Entrepreneurs Starting at 50+ Have a High Success Rate 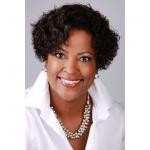 Guest blogger P. Lorraine Wigglesworth, CSP, is an international entrepreneurship and marketing consultant and Managing Director of Experiential Hands-on Learning. She is also the author of The 50-60-Something Start-up Entrepreneur: How to Quickly Start and Run a Successful Small Business. In this second installment of her three-article series, she discusses why entrepreneurs age 50+ have a high success rate.


It may seem like starting young is the best way to build a successful business, today more than ever. After all, when you're young you have nothing to lose and a lot of energy to spend, and since your whole life is ahead of you, you can afford to make mistakes and learn from them. But starting older isn't bad either. In fact, it turns out that for many people, starting at 50+ years is even better than starting young. Yep, you read that correctly.
A Few Illustrious Examples
Some of the world's best-known and most profitable businesses were started by entrepreneurs past 50. Raymond Kroc was 52 and driving around the US selling milkshake machines when he started McDonald's. Pharmacist and physician John Pemberton was 55 when, in an effort to create an alternative to morphine, removed the "French Wine" from his French Wine Coca recipe and founded the famous Cola company. Colonel Harland David Sanders was 65 when he opened a small service station and started working with franchises, establishing what would later become one of the world's best-known brands: KFC.
You could say "that was then, but things have changed." To some extent things have changed, in that it's now easier than ever for anyone to become an entrepreneur and start a business, which is why so many entrepreneurs are starting young. But here are some present-day facts that can inspire anyone past 50 to start a business.
·        Entrepreneurs over 55 are almost twice as likely to build successful businesses than entrepreneurs aged 20 to 34. This is true even for the highly competitive tech industry, where young entrepreneurs are thought to have a head start because they grew up with the Internet and 21st century technology.

·        The highest rate of entrepreneurial activity in the United States in the last 10 years was dominated by entrepreneurs aged 55 to 64. There are many reasons for this, including a new approach to retirement that technology and modern life makes possible, strong professional connections, and the ease with each almost anyone can start a business.

·        Startups that survive are more likely to be led by owners over 45 years of age, according to a 2004 to 2008 study based on 5,000 startups carried out by the Kauffman Ewing Institute. No less than 64% of the surviving startups were headed by older entrepreneurs.

·        People over 50 years of age have a greater potential to create innovative companies, products, and solutions. This may sound a bit surprising, but innovators do get better with age. Whether you want to create a startup in an industry you've worked in before or start afresh pursuing a passion in a new industry, the experience that comes with being 50+ can be a big advantage.

·        People over 55 years are more likely to launch a high-growth startup than those under 35. What's more, this doesn't seem to be localized to specific industries, but can be noticed across the board. Older entrepreneurs have the experience, skills, and insight necessary for them to guide their venture to success. They can better manage fears and expectations and have the balance and determinate to persist in spite of obstacles.

When 50 Is Just Right
Put together all these interesting findings and the message is simple: age is not only not an obstacle to becoming an entrepreneur, but being 50 or older increases your chances of meeting with success. While this insight won't make the creation of your startup any less easy, nor will it eliminate challenges, it can be a wonderful incentive for you to finally create the business you always wanted to have.
Article Source: http://EzineArticles.com/expert/P_Lorraine_Wigglesworth/969794
Posted by Carol J. Amato at 1:22 PM